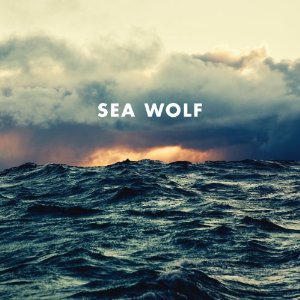 Fire Note Says: Old World Romance delivers a solid effort that has been crafted for lovers of indie rock.
Album Review: Sea Wolf released Old World Romance, their third long-player, in September 2012.  Sea Wolf is fronted by Alex Brown Church and has been comprised of many musicians over its nine-year existence.  As I listened to the album I heard vestiges of Tom Petty, Jeff Tweedy, James Mercer, and even Radiohead.  For this reason Old World Romance seems a bit as if it is indie rock by numbers – a path that has previously been trodden but is familiar and likeable for that very reason.
Old World Romance gets off to a great start with “Old Friend.”  The opening guitar riff and percussion was what reminded me most of OK Computer-era Radiohead on the album.  Church’s voice then comes in and has a warm tone to it that sounds like indie rock.  My favorite track on the album is “Kasper,” which has a quicker pace to it but maintains a simple and straightforward sound.  Its urgency sets it apart from much of the album, which is filled with mid-tempo numbers that tend to blend into one another.  From a lyrical standpoint I was unable to connect with much of the album – no prevailing theme, no statement was evident to me as I listened.  Church does seem to have some vocal limitations that stifle the potential of some of the tracks – “Dear Fellow Traveler” has a great opening and I was expecting and hoping for a more bombastic vocal as opposed to Church’s understated voice. 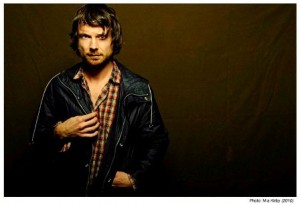 Sea Wolf is not breaking indie rock conventions with Old World Romance but does well enough to deliver a solid listening experience.  It’s like a favorite meal that you’ve had over and over – you know what you’re in for and there’s little risk to the endeavor.  However, you may miss out on new flavors or experiences that a different dish could provide.  So if you’re in the mood for indie rock meat-and-potatoes, Old World Romance will satisfy you.  If you’re needing something a bit divergent this album will disappoint just a bit.  I found myself feeling content but not wowed as I gave Old World Romance a spin.
Key Tracks: “Old Friend,” “Priscilla”,” “Kasper”
Artists With Similar Fire: The Shins / Wilco / Tom Petty
Sea Wolf Website
Sea Wolf Facebook
Dangerbird Records
-Reviewed by Matt Heiner

The Gaslight Anthem: Hold You Up 10″ EP [Album Review]