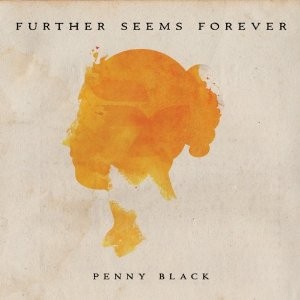 Fire Note Says: Further Seems Forever comes back to the scene strong.
Album Review: Further Seems Forever returns with their first studio record in eight years, and the first to feature the full original line-up since 2001’s The Moon is Down. I’ve rocked Further Seems Forever before, but I’d never heard anything from Chris Carrabba’s time in the band and, truthfully, I wasn’t even aware he was ever a part of it until I looked into the band to write this review. Having only heard his very soft vocal style on his Dashboard Confessional work, I did not expect the edgy, raw screeching that I received upon starting the album, but they worked so well with the style that I wondered why Carrabba ever left the band in the first place.
I was glad to see that the style of the record wasn’t simply a secondary Dashboard album; I find that many bands whose members develop side projects end up sounding like the side projects, rather than themselves. I cite Stone Temple Pilots’ self-titled album as a prime example. But this album seems to maintain the band’s integrity. Even the closer, “Janie,” while entirely acoustic and drastically different than the rest of the record, did not sound simply like an unused Dashboard Confessional b-side.
While the emo genre may not be as popular now as it was ten years ago, Further Seems Forever seems intent on sending it out in style. From the opening track’s first chords and low vocals, they slowly draw you in before the powerhouse of a chorus begins in earnest. “Engines” features a beautiful post-chorus guitar line, one which reminds me of some of Dance Gavin Dance’s older work, and “Staring Down the Sun” delivers some of the most intense vocals on the record; a high melody and low harmonies that put even some of Taking Back Sunday’s best tracks to shame.
While perhaps not the best record I’ve heard all year, it’s definitely worth a listen for any fan of the band, fan of the genre, fan of Chris Carrabba, or fan of any decent music.
Key Tracks: “Staring Down the Sun” / “On the Outside” / “So Cold”
Artists With Similar Fire: Taking Back Sunday / AFI / 30 Seconds to Mars
Further Seems Forever Website
Further Seems Forever Facebook
Rise Records
– Reviewed by Christian Yates