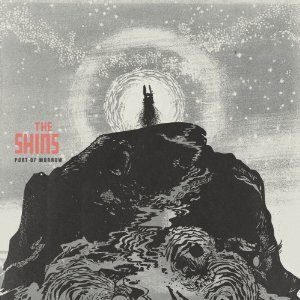 Fire Note Says: The Shins return with a bigger sound that results in the same outcome – stellar!
Album Review: Five years is a lifetime in the music scene but that is exactly how long it has been since the release of The Shins last record Wincing The Night Away [2007]. Of course, Shins leader James Mercer has kept himself busy with Danger Mouse and their Broken Bells project which released one album and one EP. This collaboration still has great potential but I feel it has not hit its stride yet as both releases were missing pieces to make them great.
So now let’s turn to The Shins and make it clear that it is mostly James Mercer now. It really was before but now even more as he plays a good portion of the instruments along side his constant songwriting duties. He of course does not go totally alone as Port Of Morrow still is a band record and features the talent of Janet Weiss (Sleater-Kinney, Wild Flag), Joe Plummer (Modest Mouse), Richard Swift, Yuuki Matthews (Crystal Skulls), and Jessica Dobson (Beck’s guitarist) with big time producer Greg Kurstin (Flaming Lips, Foster The People) co-chairing the helm with Mercer. This collective moves Port Of Morrow away from the more whimsical vibe on Wincing and expands The Shins sound into a more sonic and layered depth direction. 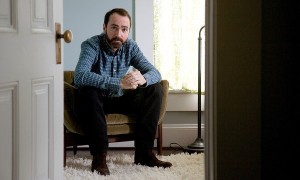 All of this leads us to why Port Of Morrow is so good. Songs like opening track “The Rifle’s Spiral” and first single “Simple Song” have The Shins trademark jangle to them that is driven from Mercer’s distinct falsetto. On other tracks, such as “Fall Of ’82”, The Shins now take on a somewhat classic rock sound that possesses that rich musical vibe that was referred to before. This beefed up production and warmth gives Port Of Morrow its timeless appeal and a solid new found structure for The Shins.
Traditionalist may still want to hear the sounds of The Shins first two records but the reality is that James Mercer is no longer that artist. Port Of Morrow not only moves The Shins sound into a bigger arena but also incorporates Broken Bells in its undertone as this record has a stellar stereo sound and really excels when you check it out with headphones. This is a record that deserves and gets better every time you spin it. Port Of Morrow benefits from extra listens to catch the multitude of layers but only needs one rotation to get hooked on The Shins – again!
Key Tracks: “Simple Song”, “Bait And Switch”, “Fall Of ’82”
Artists With Similar Fire: Built To Spill / Badfinger / Death Cab For Cutie
The Shins Website
The Shins Facebook
Columbia Records
-Reviewed by Christopher Anthony