The Hold Steady: Heaven Is Whenever [Album Review] 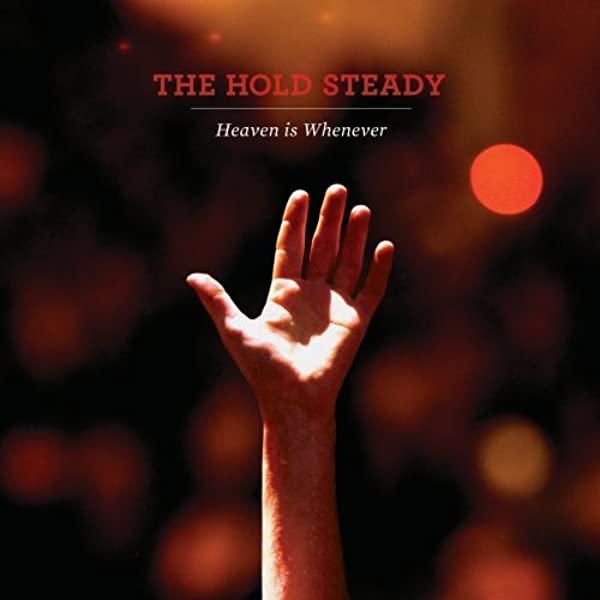 The Hold Steady
Heaven Is Whenever
Vagrant Records [2010]

The Hold Steady make albums not singles. Their work takes time to absorb, multiple listens to like and relies on transitions and pacing to bring it all together. On the groups fifth long player Heaven Is Whenever, all of the previous points come into play.

The big different news here of course, is the departure of keys man Franz Nicolay, so Heaven Is Whenever already changes things up a bit as it possesses a more early Hold Steady guitar driven sound to it. The piano still exists on the album but it does not nearly rely on the instrument as much as their last several efforts but quite honestly it gives this record a true identity.

The other more unique piece that you will find here is Craig Finn and the boys actually slowing things down a bit and letting their song structures, lyrics and vocals all stay exposed out front. This starts right away on the mild and twangy opener “The Sweet Part Of The City” and picks back up on the ballad “We Can Get Together”.

Even on the more upbeat rockers like “The Weekender”, The Hold Steady still retain this cleaner formula. The end result of this slightly different focus gives Heaven Is Whenever its personality and while some of the tracks here might not be as immediately appealing as some of the groups previous work, it certainly contains a soul that carries the record well beyond just spinning it once as the tracks are more of a slow burn that will win you over in the end!

Thao With The Get Down Stay Down: Know Better Learn Faster [Album Review]