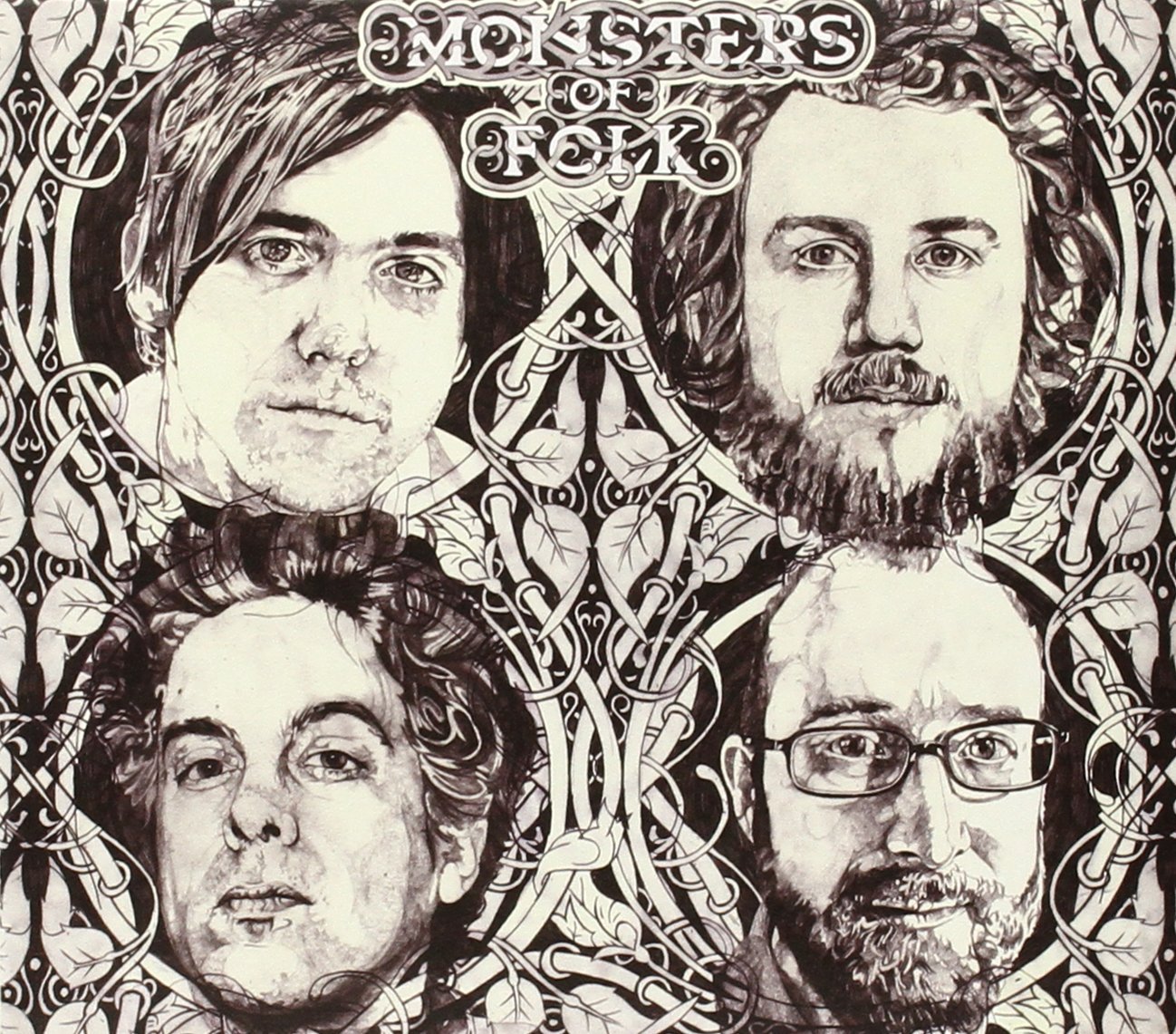 Fire Note Says: The rebirth of the “Supergroup”
Album Review: It seems in our current age of music the “supergroup” just doesn’t happen anymore. Well Monsters Of Folk changes that completely, as it really joins together four monsters of indie, which includes Jim James (My Morning Jacket), M. Ward (She & Him), well known producer/guitarist Mike Mogis and Conor Oberst (Bright Eyes). Not necessary household names to everyone but when this lineup was announced it had many of us marking its release next week on the calendar.
I must admit that after one listen, I was not sold on this record, but I think that I placed the bar way too high because the more I listened the more I liked it. The record is definitely more than “let’s get together and make some tunes” because all 15 songs are well written, executed with precision and memorable. Trust me when I say that when this group harmonizes you take notice, as the three vocalists different styles complement each other on every track. With James distinguishable falsetto, Oberst more gravelly voice and Ward’s deeper bluesy chops, Monsters Of Folk have every angle covered as you get a very Beatles sound on “Say Please”, more of foot tapping road beats in “Whole Lotta Losin” and the sitting on the porch vibe in “Goodway”.
That is the good energy that Monsters Of Folk generate because regardless of musical style, the track can be electric, acoustic, slow or fast and the talent in this group delivers. This gives Monsters Of Folk great replay value and more than just a onetime “supergroup”, I think this is a band that will give us some more solid material down the road!
Key Tracks: “Say Please” / “The Sandman, The Brakeman And Me” / “Ahead Of The Curve”
Artists With Similar Fire: The Traveling Wilburys / Fleet Foxes / The Beatles
Monsters Of Folk Website
Monsters Of Folk Facebook
Shangri-La Music
– Reviewed by Christopher Anthony

Thao With The Get Down Stay Down: Know Better Learn Faster [Album Review]